10 reasons why making art is healthy 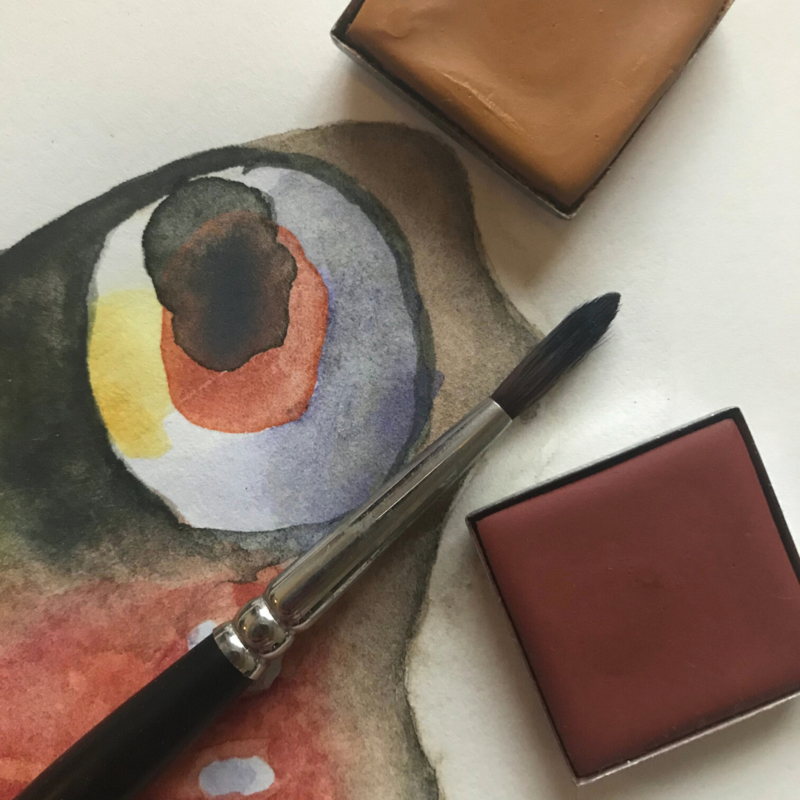 If you ever paint or draw, you probably already know from experience that it can have a very positive effect on you. Numerous scientific studies have proven that making art can have a huge positive influence on both your mental and physical health. In this blog I have listed 10 of the ways in which painting and drawing can maintain or improve your health. I added which person or institution researched this.
1 Stress reduction
45 minutes of creative activity significantly reduces the amount of stress hormones in the blood. Extra good news is that it did not matter whether the participants in the study already had experience with making art and whether they were 'good' at it. (Girija Kaimal)
2 Peaks of happiness
The University of North Carolina conducted a study in which 79 people regularly had to communicate how happy they felt and what they were doing at the time through their telephone on various times thougout the day. There appeared to be a strong connection between moments when they experienced peaks of happiness and moments when they did something creative. (University of North Carolina)
3 Processing of trauma
Making art can help with the processing of trauma. Traumas are stored in the brain in the amygdala and then processed by the hippocampus. However, sometimes they are stored in a way that makes it difficult to cognitively or verbally express them. Making art can reach these stored traumas via somatic (physical) areas of the brain, so that the brain can store them in a new way, so the person is less bothered by them. (Malchiodi and Webb)
4 Physical relaxation
The 'relaxation response' is triggered by the rhythmic movements that you make when you draw or paint. In other words, the body relaxes. This improves the cooperation between the brain and the body and reduces the level of the stress hormone cortisol. It also lowers the blood pressure and decreases the respiratory rate. (Herbert Bensen)
5 New connections in the brain
Making art increases the 'neuroplasticity' of the brain. Neuroplasticity is the ability of the brain to make new connections. Drawing or painting stimulates the creation of new pathways in the brain connected to memory, speed, attention, creativity, flexibility and cognitive skills. (Kristin Kane)
6 Dopamine secretion
Looking at art increases the level of dopamine in your blood and also the activity in the frontal cortex of the brain. The results are positive feelings that can be compared to the feeling of being in love. This is extra good news for people with AD(H)D, because they usually deal with a dopamine deficiency. Making art can help with that! (Semir Zeki)
7 Dealing with sadness
In a study in 2012, sad feelings were induced in a group of participants by having them watch a tear-jerking movie. Afterwards a third of the group had to make art, a third of the group had to distract themselves and a third of the group had to sit in silence. Within the group of participants who had made art, the sad feeling was much more diminished than within the other groups. (Jennifer Drake, Ellen Winner)
8 Experiencing 'flow' and self-worth
'Flow' is a state of being in which we are naturally concentrated and become absorbed in an activity. Drawing or painting are good ways to achieve this state of being. There appears to be a strong connection between flow and happiness. People who experience a lot of flow in their lives often also develop a greater sense of self-worth. (Mihaly Csikszentmihalyi)
9 Reducing depression
A Swedish study has shown that art therapy has a very positive influence on people suffering from depression. The people in the research group were instructed to draw or paint how they felt. After following 10 of these art therapy sessions, these people scored five points lower on the scale on which depression is measured than a group of people who had not received any art therapy. (Sahlgrenska Academy at the University of Gothenburg)
10 Retaining cognitive abilities in the elderly
Last but not least! On average 49% of people between 80 and 89 years of experience a deterioration in their cognitive abilities, such as dementia. For people who make art, it turns out to be only 17%! Social activities and other creative hobbies, such as needlework, also appear to have a positive influence, but this is not as big as that of drawing or painting. People with an artistic hobby have a whopping 73% less chance of developing a cognitive disorder. (Mayo clinic)
Isn't this great? I am quite impressed by it! We should all be able to collect paint and brushes from the pharmacy rght?
Would you like me to keep you posted on my new blog posts? Subscribe to my newsletter and you won't miss a thing!