4 ways to use color contrast in your art 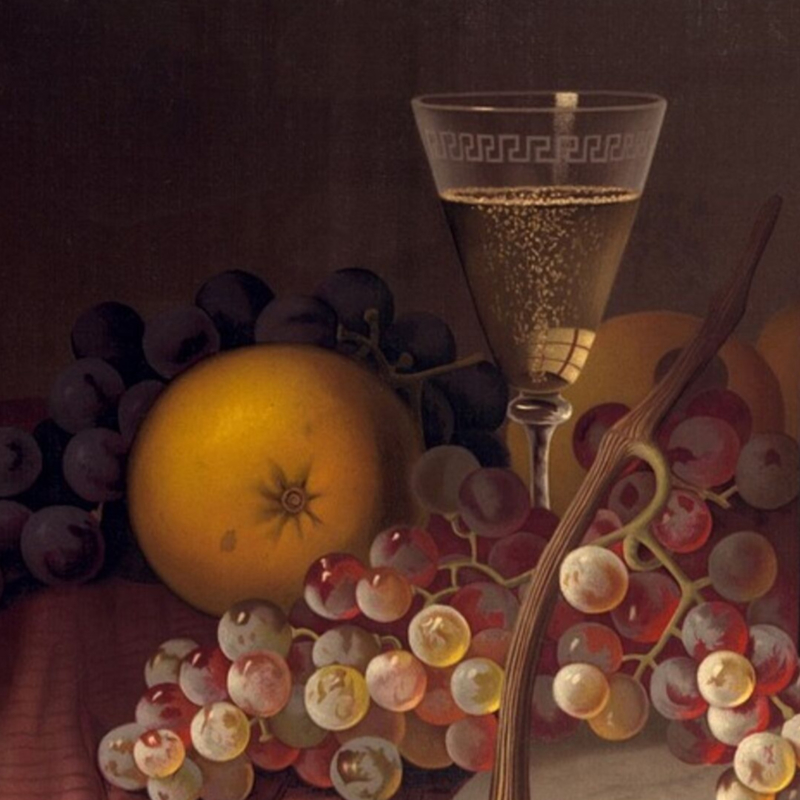 When I look at my paintings from 10 years ago I can see that I did not yet understand the principle of color contrast very well. By looking at art a lot, in museums and on Pinterest, I started to see how color contrast can be applied and that has improved my paintings. If you apply color contrast well, you can make a color sing through the environment in which you place it. In this blog I describe 4 ways to do that. 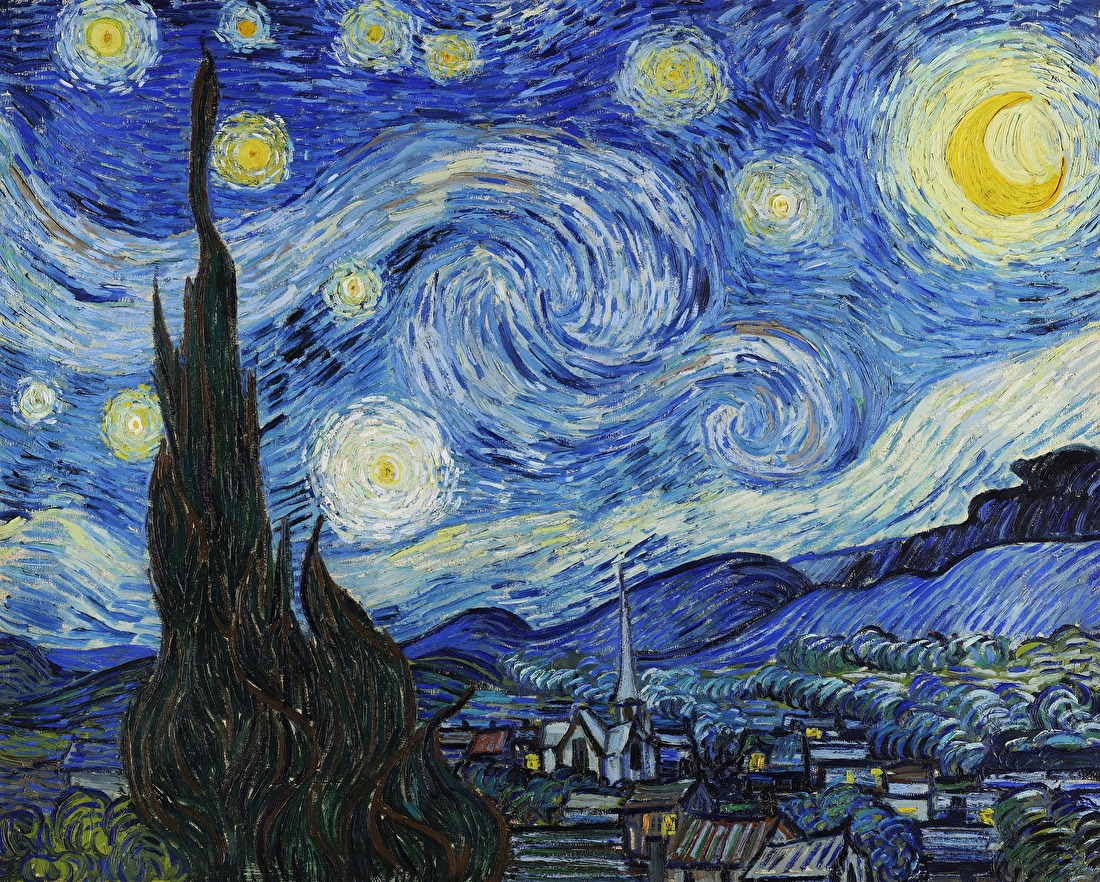 This is the best known way to apply color contrast. You do this by placing colors that are opposite each other (like red and green) or diagonally opposed to each other (like blue and yellow) in the color circle, next to each other in a painting, so that they reinforce each other. Vincent van Gogh applied this a lot. He stated: "There is no blue without yellow, without orange." Complementary contrast automatically means a contrast between a warmer and a cooler color. Although there are warm and cool shades of each color, yellow, orange and red are generally referred to as warm colors and blue, green and purple as cold colors. Warm colors appear to come forward and cool colors to move backwards. You can use this to create more depth in your paintings. 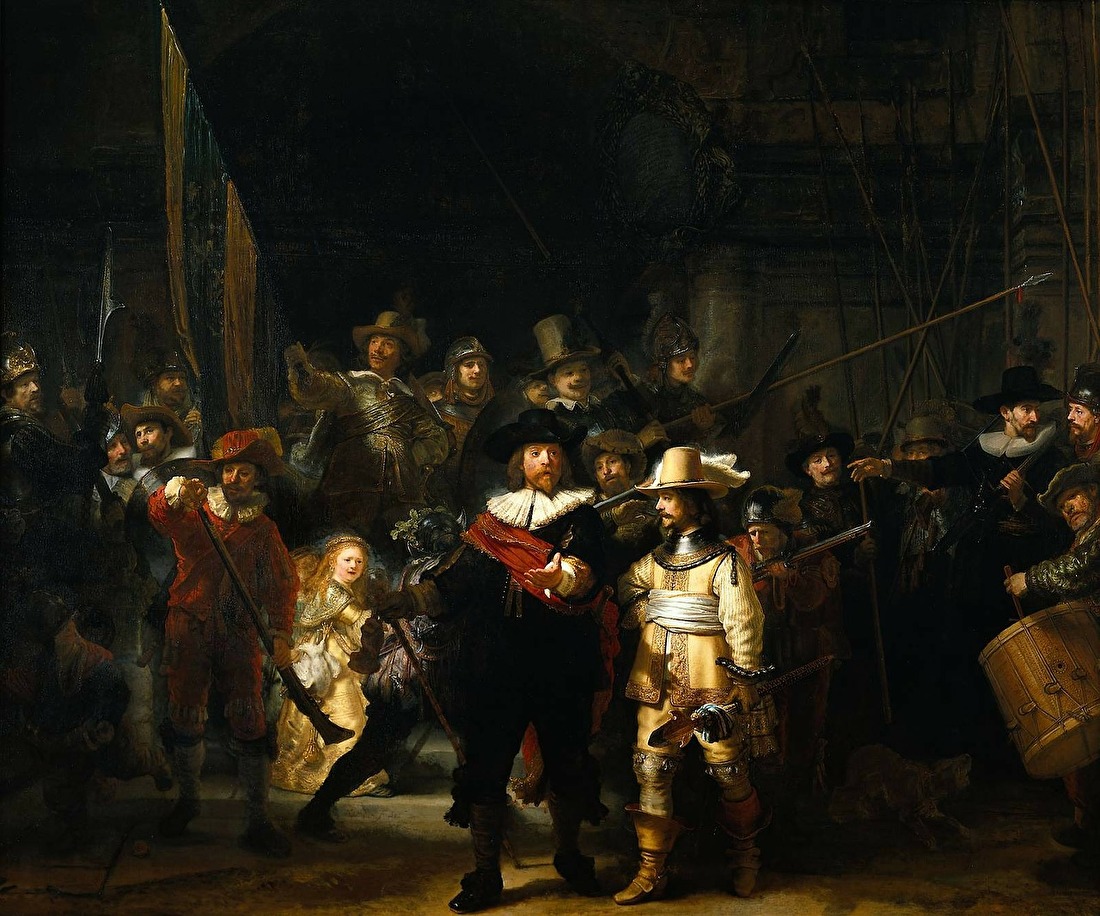 The value of a color indicates how dark or light it is. If you were to view a painting on a black and white screen, all light gray and white colors have a low value and the dark grey and black have a high value. By placing colors with a high and low value next to each other, you create a contrast. So this is basically a light-dark contrast. Rembrandt was known for this; he often placed one or more light spots in a painting with a lot of darkness around it. 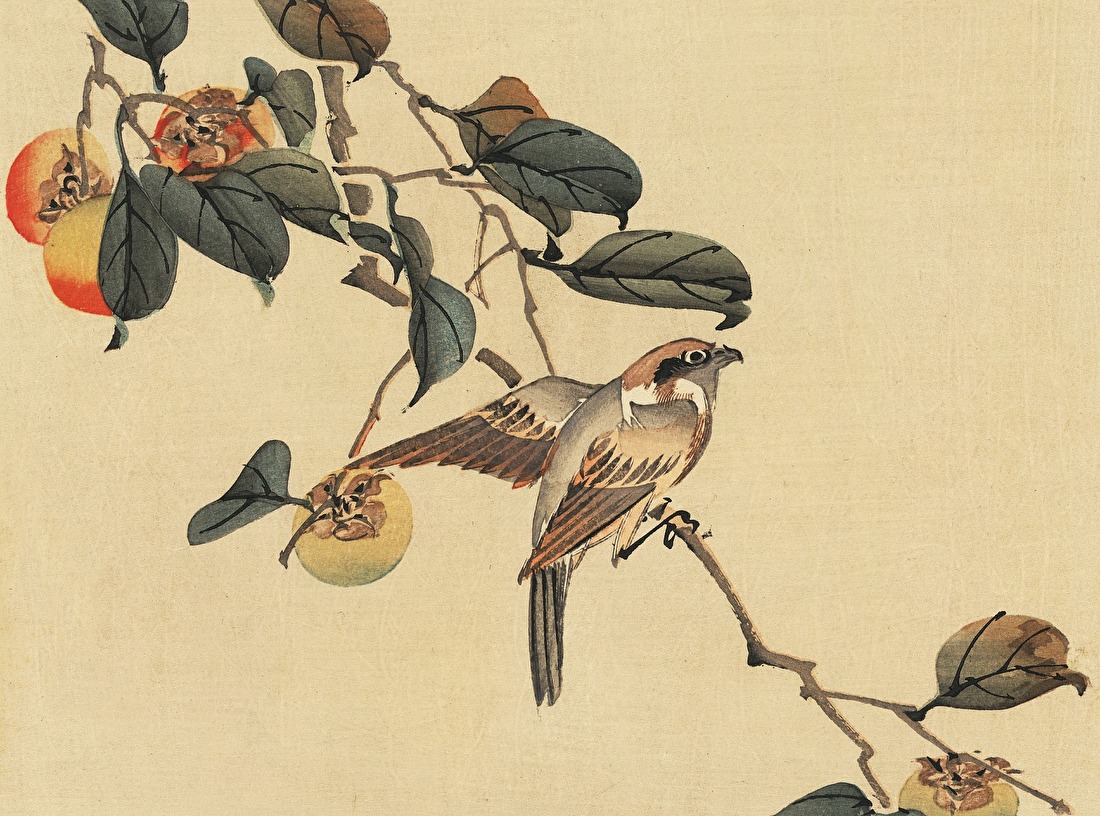 Bright colors are called colors with a high saturation, also referred to as high chroma. Colors that are closer to grey or brown have a low saturation. If you want a bright color to appear extra bright, you can do that by placing a color with a lower saturation next to it. This vintage watercolor (maker unknown) is a good example. The orange of the fruits has a higher saturation than the other colors in the painting, which increases the contrast. 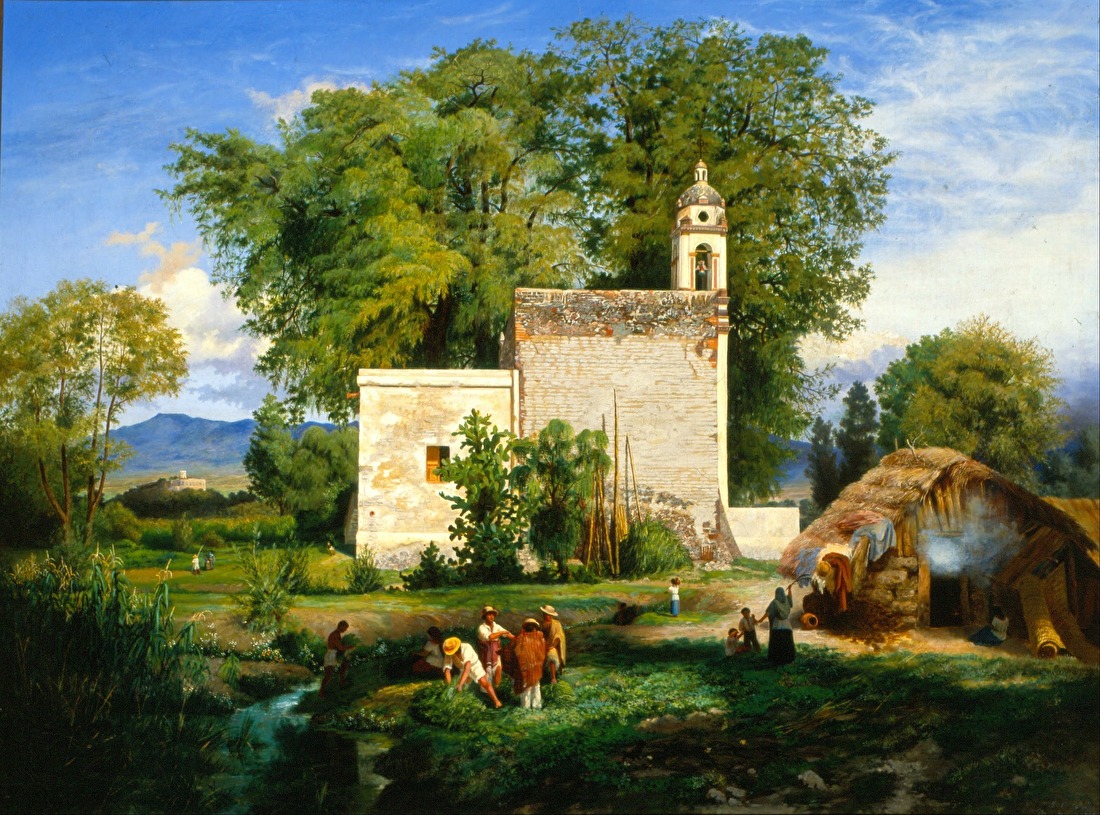 Contrast is enhanced when a lot is used of one color and a little of another. Johannes Itten, artist and Bauhaus teacher, called this the quantity contrast. The rust brown color of the person's cloak at the front of this painting by Luis Coto isn't very attention grabbing on its own. However, the contrast is increased by the fact that the color has been used very concentrated in one small spot. 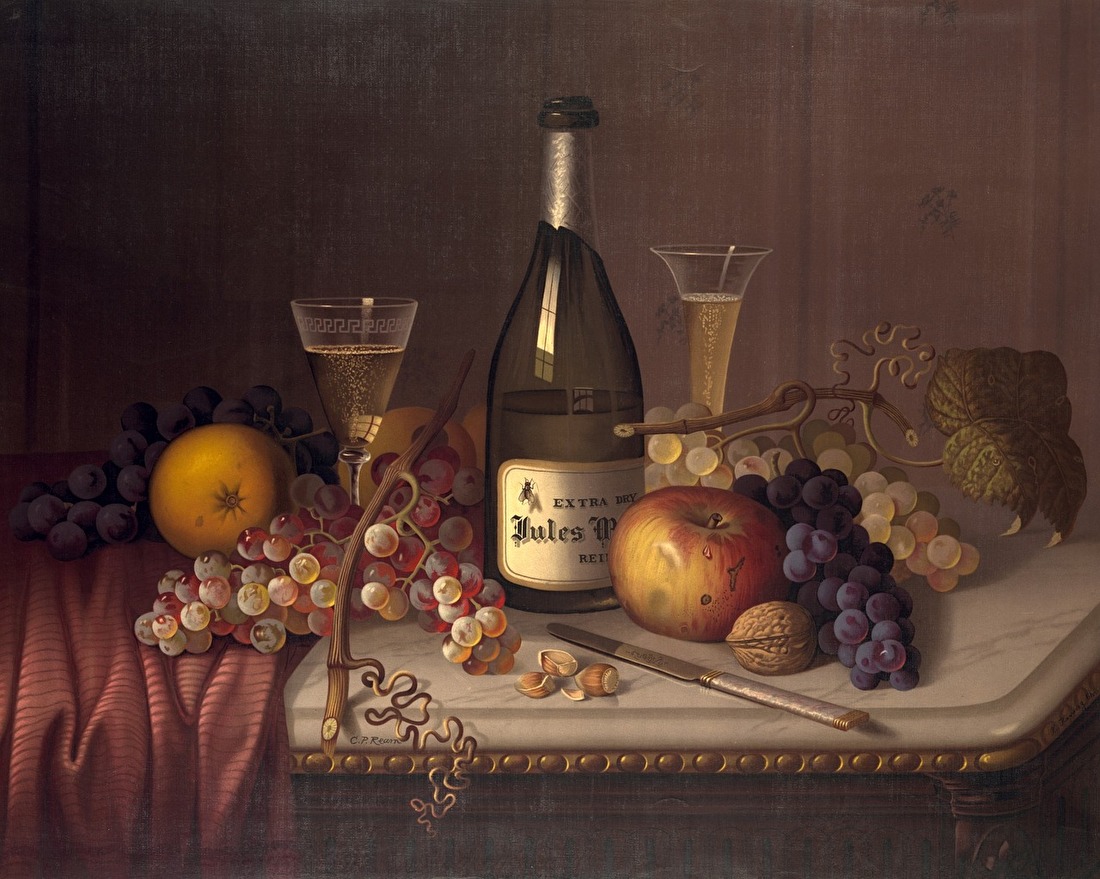 You can apply multiple types of color contrast at the same time. In this last painting by CP Ream, all four of the aforementioned contrasts are applied simultaneously: Yellow and purple are opposite each other in the color circle and there is therefore a complementary contrast between the yellow of the lemon and the purplish colors around it. The value contrast can also be seen: the yellow of the lemon and the white of the wine bottle form a light-dark contrast with the fairly dark background. The lemon yellow is a color with a high saturation, while the other colors in the painting are somewhat duller; they have a lower saturation. So you see the saturation contrast there. Finally, the quantity contrast is also clearly visible. The fact that the lemon yellow is only concentrated on one small surface enhances the color contrast.

The effect of color contrast is often canceled out by using too many colors in the same painting. If you put red, purple, yellow and green next to each other, you will definately get a cheerful painting, but the effect of enhancing a color by using color contrast will weaken.

I've made this Pinterest board with watercolors in which one or more of these types of contrast have been applied. If you like, you can study them and see which types of color contrast you recognize and what the effect is. (You don't need a Pinterest account for this.)

Would you like me to keep you posted on my new blog posts? Subscribe to my newsletter and you won't miss a thing!